Futuristic and nostalgic, a mélange of sacred and profane, feminine yet extremely masculine. The catwalk of Givenchy is a continuous dichotomy amongst different and innovative nuances. 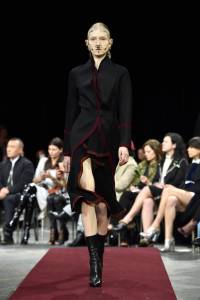 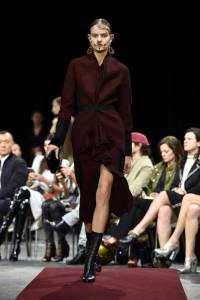 The exploration in the F/W 2015/2016 Fashion Show created by the Italian designer and Creative Director of the French maison, Riccardo Tisci is a howl, a fascinating puzzle of cultures and influences: his curly-haired woman starts her journey in Spain, where she celebrates the red and the rigid lines of the profiles. She then goes to France, in a cloudy Biarritz, in Russia and she explores Italy, particularly the Southern regions, such as Sicily and Puglia, Tisci’s native region. Sometimes she goes in a new visionary world that nobody knows but that is certainly fascinating for us, just like every Tisci’s fashion show.