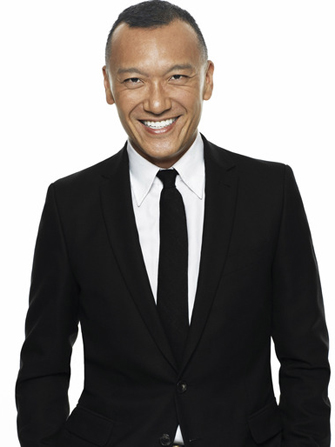 Famed fashion personality, Joe Zee, is reportedly leaving Elle for Yahoo. Having been Elle’s Creative Director since 2007, Zee helped the paper magazine successfully transition into the digital realm by amping up its website content and interactivity. With over 1.9 million visitors a month, it shouldn’t be a surprise Yahoo has tapped him to lead their new Fashion digital magazine.

Yahoo doesn’t sound as glamorous as Elle, but their recent hires are proving that they want to change their image in a drastic way. Yahoo’s current women’s site, Shine, was recently revamped by Jennifer Romolini, the editor-in-chief of Yahoo Lifestyles who has since left the company, and is set to close its’ virtual doors this year.

So what exactly will Mr. Zee be doing amid all of these changes? His main role will be editor-in-chief and executive creative officer of Yahoo Fashion, which includes introducing a new Yahoo Fashion digital magazine.

Zee, made famous to fashionistas through his reoccurring role in ‘The City‘, has made a name for himself beyond the covers of Elle. With his own ‘Styled By Zee‘ line, exclusively sold through QVC, and mentoring up-and-coming designers on his reality show ‘All On the Line’, Mr. Zee has proved himself to be more than qualified to style Yahoo in the latest fashions 🙂