The Malaga Film Festival took place in the Teatro Cervantes last Friday 21st of March. This festival is annual event which takes place in the South of Spain, the purpose of this festival is to promote Spanish cinema and of course reward directors, actresses and actors for their work.

This even is not as popular as the Goyas but still, for the Spanish film industry is a great opportunity to show their work. Like in every red carpet event, the clothes chosen by the guests are very important. Because this festival took place in Malaga they made the event a whole day party, morning and night.

During the day the dresses were short and the looks in general were very casual, the had a lunch in the port of Malaga where the press was also invited and could chat with all the guests. 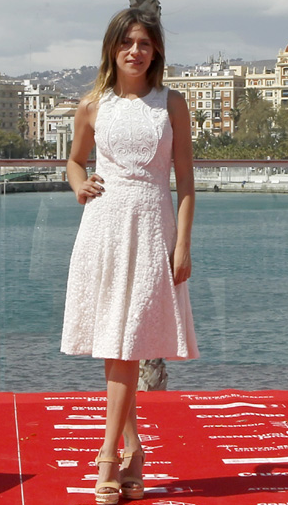 It is curious that mostly all of the designers chosen for the day event were spanish, but in the red carpet  event which took place at night the three top designers were: Herve Leger, Jimmy Choo and Dolce & Gabbana 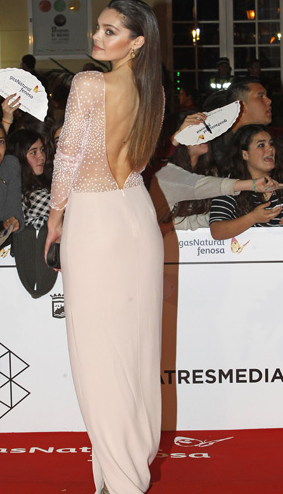 The same happens in The Goya Awards, Spanish actresses prefer to wear designers which are not Spanish, but I guess they prefer to wear an Italian dress rather than representing our own designers in events where a lot of people are going to see them and focus on their dresses. Also the Spanish designers should try to make these actresses and actors wear their clothes, make an effort to convince them to wear ´´Spanish clothes´´ and represent our fashion worldwide.

Maribel Verdu was the protagonist of this event, she received the most important award of this festival because of her long career and importance in the Spanish Film Industry.