Since revealing his first collection, Resort 2013, Lewis has only showed pre-collections. This year marks his first AW14 collection and his first in a series of female-artist collaborations entitled, Artist Interventions.

To launch his project, he partnered with French artist, Marie Angeletti. The AW14 collection is a continuation of his existing Pre-Fall designs, with the incorporation of Angeletti’s work. Angeletti is known for her photographs of existing images, which she modifies and reframes. Lewis took these images and transferred them onto the textiles of his Pre-Fall collection, which were produced with English silk weavers, Stephen Walters and Sons. 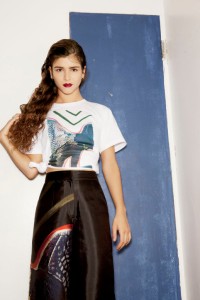 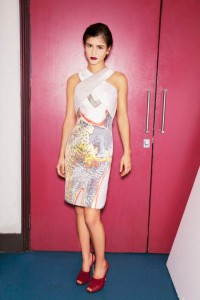 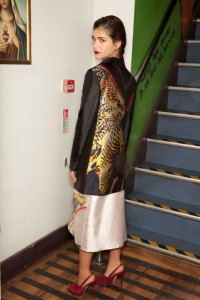 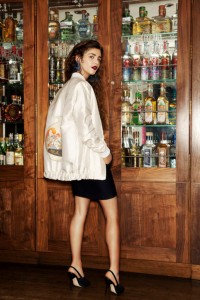 Angeletti also directed and shot the film for the virtual fashion show. The release of the AW14 collection was in conjunction with the opening of Angeletti’s gallery exhibition in London.

Lewis’ AW14 collection was a unique and creative twist on fashion week. He will debut three more capsule collaborations and if they’re anything like this one, I can’t wait to see what Lewis has in store! Take a look at his AW14 collection film below: