This past sunday, 9th of February, the 28th edition of the Goya Awards took place in Madrid, Spain. This is the most important night for all the spanish actresses, actors, directors, etc. There is always a lot of controversy during this gala, Eva Hache who is always the hostess of this awards is well known for her jokes involving politics. It is true that all the magazines want to ´catch´who is wearing what, but there is more than that. It is a night where most of the directors try to tell the government that the Spanish film industry needs more money and funds and they use this night to say what they think. This last gala had an audience of 3, 5 million viewers, which I think is the perfect way  to protest about the current situation of the Spanish film industry.

Who was the best dressed at the Goya Awards?, this is the most wanted answer, like in every single red carpet event. 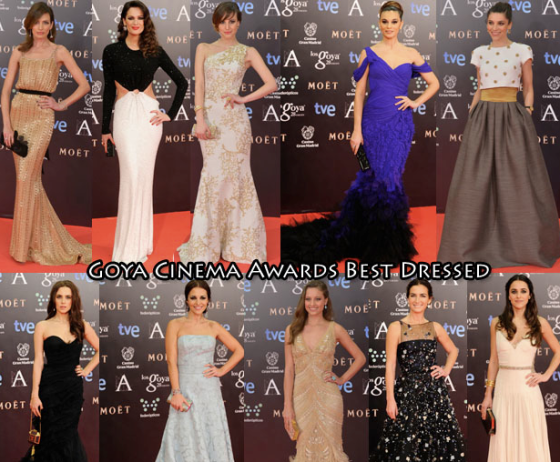 Every year actresses are asked about the designer of their dress and when the designer is not Spanish… we have a problem. Fashion and Politics somehow come together, why is this?, as I said if the designer is not Spanish, actresses keep getting accused of not supporting the Spanish fashion industry and during weeks magazines will not stop talking about them and the possible reason why they did not choose a Spanish designer. This is probably the reason why Lorenzo Caprile, an spanish designer was the king of the night. 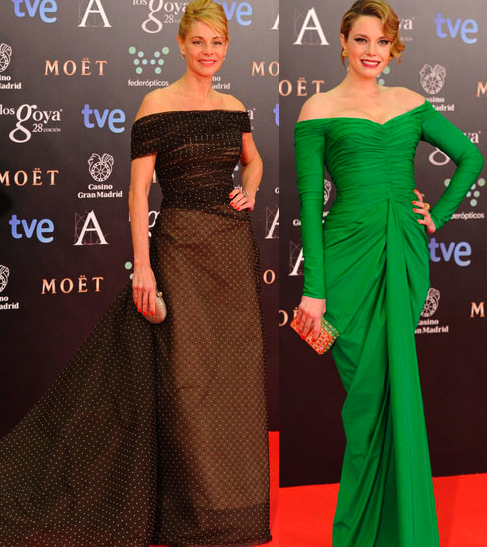 Red carpet events are always full of gossip, good and bad, this is why people that attend these galas have to be very careful with what they wear and what they say. In this case, The Goya Awards are not only a way to see who is wearing what, but also a way to protest. The current situation of Spain is very unstable and these occasions are perfect to say what people think, because they know they are being heard.