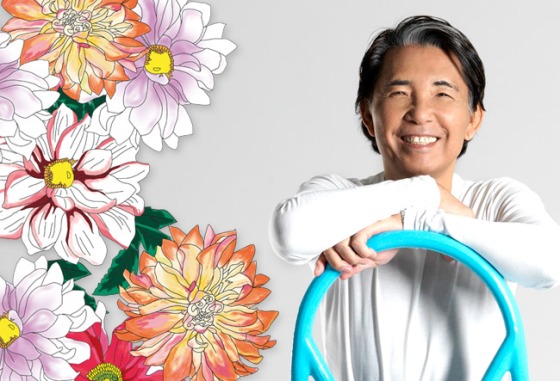 In 1964, a young designer named Kenzo Takada left his provincial city of Himeji, Japan, to see the world. He bought a one-way ticket to Europe aboard a ship, where the six-week journey took him to ports in Hong Kong, Vietnam, Singapore, Sri Lanka, Djibouti, and Egypt before arriving and settling in Paris. It was this colorful journey that influenced the foundation for his designs, a myriad of pieces that inspired one to believe that the world and all of its cultures, is indeed a beautiful place. 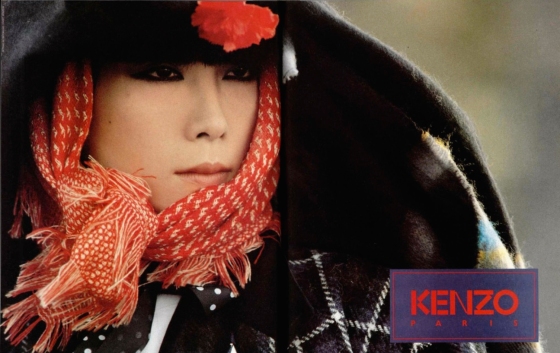 It was the beginning of the fashion house known as Kenzo.

Born to traditional Japanese parents, Takada was encouraged to attend University as a literature student. Much to his parents’ dismay, he left school to be the only male student at the Tokyo Bunka Fashion College, and in 1960, won the Soen award, a prestigious award for Japan’s most hopeful designers.

His pursuit as a fashion designer led him to settle in Paris, where his first boutique was called “Jungle Jap”. While the term “Jap” was known as a derogatory word for Japanese people, Kenzo reclaimed the word for his work, with intent to redefine it by associating it with something beautiful.

As Vogue magazine describes, his first boutique captured the “joyful spirit of a multicultural world’. At a time in the 60’s when streamlined structures dominated the fashion world, Kenzo entered the scene introducing the Eastern custom of wrapping loose layers with kimono-inspired designs. Spirited and vibrant, his work clashed prints, textures, and color. He was among the first designers to celebrate cultural unity and diversity, long before the famed multicultural ad campaigns of the United Colors of Benetton. 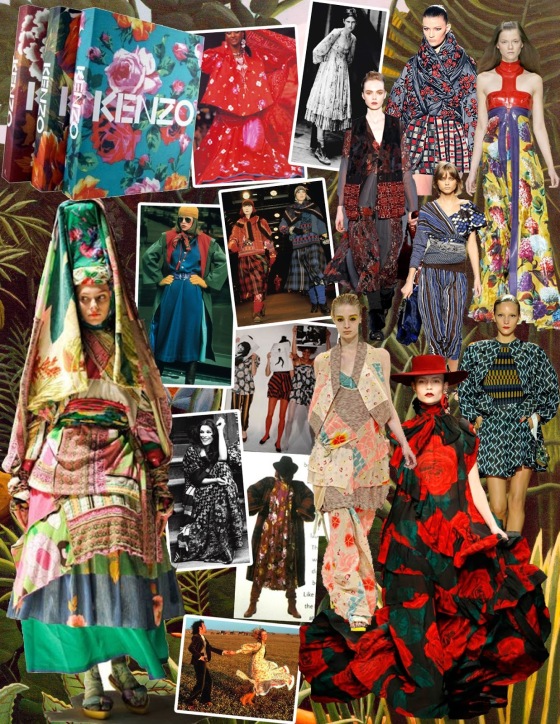 Kenzo once said, “When I’m in Tokyo, I feel French. When I’m in Paris, Japanese.” This in-between cultural space, along with his extensive travels, was the crux of his ethnic, free-spirited style.

Kenzo was bought out by LVMH in 1993, and is now succeeded by New York based Asian-American genius retailers Humberto Leon and Carol Lim of the famed Opening Ceremony boutique.

Learning about Kenzo’s history, aesthetic, and philosophy has now made him one of my favorite designers.

May his beautiful world live on.