For this week’s blog I wanted to review the book Hungry by Crystal Renn regarding her struggle with anorexia while trying to succeed as a model in the fashion-editorial industry.

I have to admit that it is poorly written; an autobiography is tricky in that it has to be personal but also somewhat relevant to the reader. Renn describes her entire childhood and adolescence, citing the day a scouting agent came to her town in Missisipi as the defining moment of her life, and by his comment that she should X amount of inches on her waist spawning her entire eating disorder which to then supposedly was dormant. She then goes on to describe her making it in New York City and the struggles of having anorexia and obsessive-compulsive disorder (these often go hand in hand). The second coming is the day she realizes she can no longer live that way and decides to switch over to Plus-Size at Elite. And this is when she describes her entire career as taking off, mostly thanks to working with Stevel Meisel and Dolce and Gabbana. I think it gives for a good read, an addition to the piles of literature regarding eating disorders but it is interesting to have the perspective of someone inside the industry, of course lets not lose sight that this is someone who is still trying to push forward her career as a PLus-Size and therefore has to be a spokesperson for the ‘other’ within the realm of fashion. She went from being a mildly-known model to an internationally known Plus-Size one. What I do however salvage from this slightly long book (I also wonder if it was a psychoanalysis method of getting things resolved through writing) is her opinion that plus-size editorials do not necessarily have to play with the whole pin-up aesthetic, that they can, and it would be much more interesting if they did, allow themselves to stray a bit from that. Because it gets old. Conclusion: I like that the book is out there, I like that a model is coming out and talking about “it” (eating disorders, body-image dismorphia)….I’m all for breaking taboos and getting the ball rolling on discussing these issues, within and outside of, the fashion industry.

Just to end on a question: I have heard that she has since lost all the weight which leaves me slightly perplexed: was it a career move? Does she still have an eating disorder? These things are rarely ever “solved” so it is possible that its playing up again. 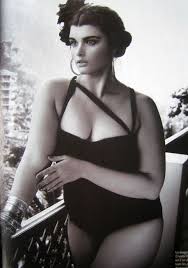 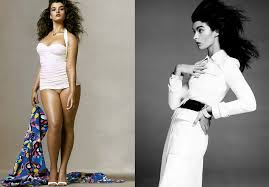