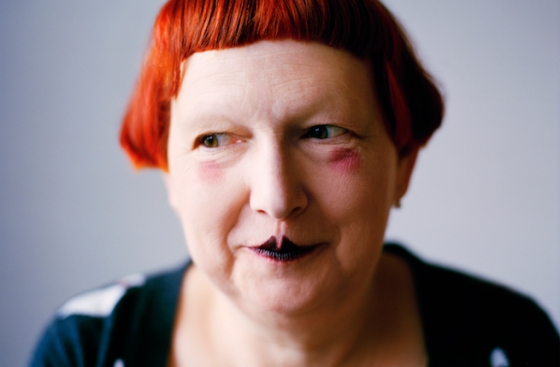 I always have a feeling when I’m about to see someone famous. I had this feeling almost two weeks ago as I waited to board my flight from New York to Paris. It was the beginning of Paris Couture Fashion Week, and I had an inkling that someone from the fashion world would be on my flight. Sure enough, as I approached my gate, I noted a woman with cropped, henna dyed hair and doll-like make up. Immediately I knew who it was: Lynn Yaeger, the fashion journalist who splits her time writing for Vogue, The Wall Street Journal, and The New York Times. I had become aware of her when I first started working in the industry and would notice her walking around Lincoln Center between shows. It was never hard to spot her in a crowd, especially not in this one at JFK. Upon recognizing her, I immediately took note of what she was wearing: a beautiful mink coat that fell to her mid-calf, a colorful shift dress, tights, and flat Mary-Jane looking shoes. I expected her to be wearing a dress, as since the age of eight, she decided that she didn’t like the way she looked in pants, and now only wears dresses and skirts. Her style is jovial and she has been quoted saying that sometimes when she see’s an outfit she fancies on a child, she claims this to be her next look. 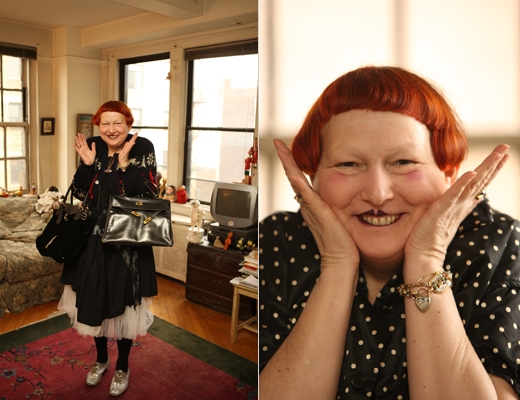 At heart in many ways, Yaeger is still young too. In an article posted on The Huffington Post that I recently read, Yaeger had opened her home, giving a tour and explaining her morning ritual. 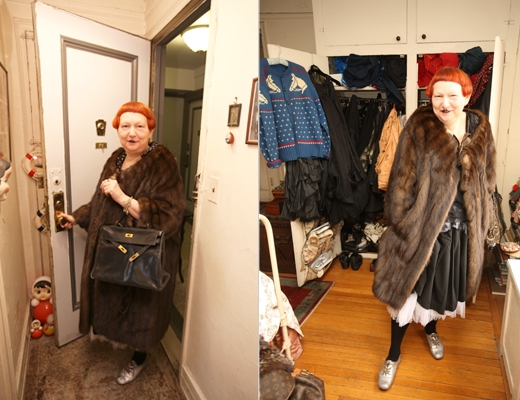 From the images we can see that her home is filled with toys, including antique toy dolls and Victorian children’s jewelry. She is an avid EBay collector and spends her mornings sifting through EBay for the latest finds while waiting for her coffee to brew. And, as the images display, she has managed to acquire quite a few pieces. I found it refreshing to see that as an accomplished fashion journalist, fashion is not her entire world. Though she is invited to most of the parties and shows, she is notorious for skipping them to make it to an antique market instead. An individual at heart, she stays true to herself, by making room for fashion and her other joy, EBaying, in her daily life.